Tracy started her real estate career in Hamilton, New Zealand with Harcourts in 2004 and on moving to Perth in 2011 qualified to be able to sell real estate in Western Australia and in addition obtained her Triennial Certificate for potential future leaders.

In January 2012 Tracy started selling real estate with Ray White Sun City, moving over to join the team at Harcourts Beachside in 2015 where she has been the consistent leading agent until January 2019 when she made the decision to become independent and start her own agency, ‘Tracy Ewins Northern Beaches Realty’.

Married to Michael, they have a large blended family of children and grandchildren in both New Zealand and Australia who they still try to spend time with despite both having very busy careers and you will often see them heading to the beach if they have any spare time!

With a bit of a green thumb Tracy loves her garden and with spending time in the garden has developed a total passion for the local Bob-tail and King Skink lizards that pop in for a visit every so often to replenish their fat stores, and ensures they get a good feed and plenty of water before they go on their way.

Tracy has also introduced many people that have moved to Yanchep did not know anyone by forming a neighbour-hood group which continues to grow and has been incredibly successful in making people feel they have some companionship and support in the area.

We use a proven marketing and sales strategy that gets results.

With its history, vibrant community and beauty, our team are fortunate to live and work in the Castlemaine region

Find out about local property trends and conditions in your Free Market Appraisal. 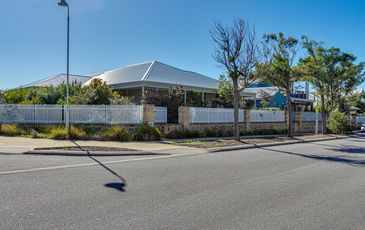 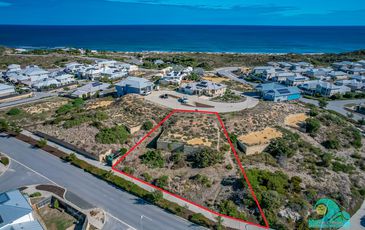 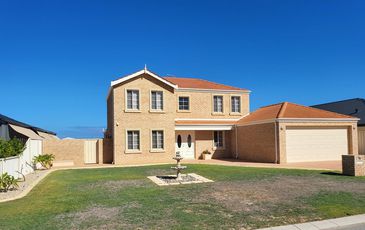 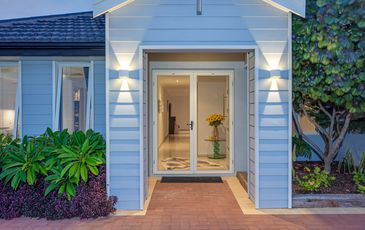 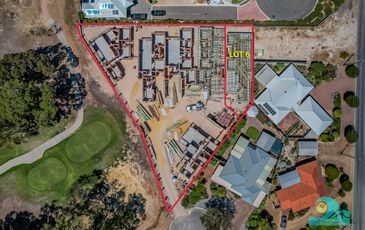 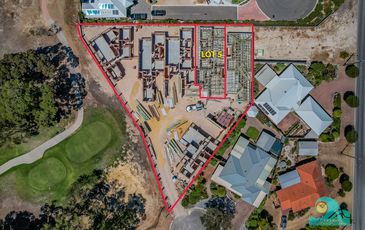 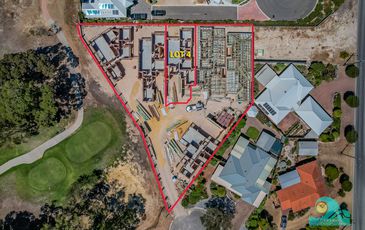 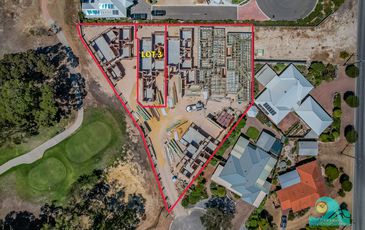 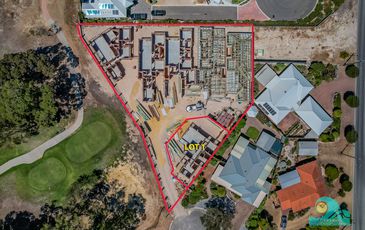 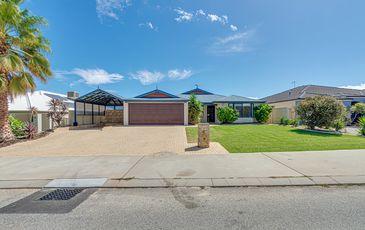 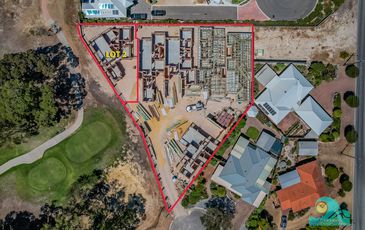 UNCONDTIONALLY UNDER OFFER
Under Contract 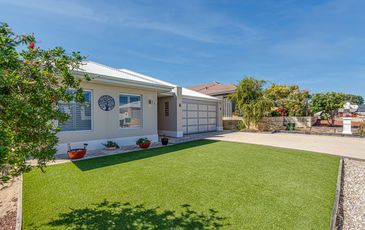 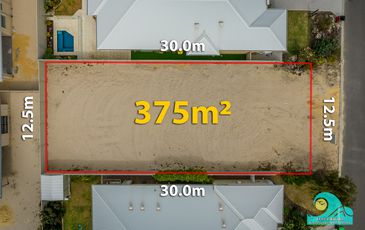 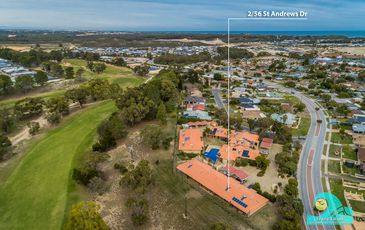 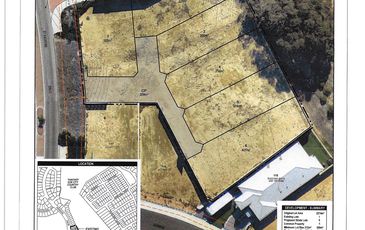 After weeks of getting the run around from real estate agents who showed no interest whatsoever in our business and money, we came into contact with Tracy Ewins after seeing a property that pipped our interest. We found Tracy so accommodating and friendly with what we were after and nothing was too much trouble. We purchased the property we had contacted Tracy about and she made it a totally stress free experience with her professional, trustworthy advise from building inspection companies to where we could get the best coffee in Yanchep! We recommend Tracy as she is brilliant.
Joe and Lisa Egerton (Buyers)

I just wanted to write to say thank you for selling our house. The whole process was made easy thanks to you. We found you to be friendly, efficient and we found your sales ideas innovative compared to other sales consultants. We were kept up to date with emails and phone calls so we knew exactly what was going on at any given time and we feel that at the end of the process we have gained a friend.
Thank you, good luck in the future and we look forward to catching up soon.
Anthon & Fiona Grove (Sellers)

Hello Tracy,
We can’t thank you enough for selling our house in Yanchep, your professionalism and friendship was extremely welcoming after having tried other agents without any success in the past.
You had an offer on our home within a few days of our house going on the market and once the offer was accepted you did everything possible to make the whole process go so smoothly. We can’t believe how hard you worked while keeping in touch with us all the way through. You also put us in contact with a wonderful Conveyancing Agent who, together with yourself, made the whole process seem effortless although we know how much hard work goes into a successful sale.
You truly believe in what you do, you want your clients to have a very positive experience when buying or selling a home and we can only say that is exactly what happened in our situation. Using you as our local agent was extremely worthwhile. Tracy your love for Yanchep, your knowledge of the area and what it offers is such a bonus to the buyer and to us as sellers.
What we will miss is the way you bring residents together; the friendship you show towards people is truly outstanding. Keep doing what you do Tracy, you are one of the best.
Julie and Barrie Beetham (Sellers July 2018)

Thank you for selling our home.
It was one of the hardest things we’ve had to do as we had a strong emotional connection the property, designing the home ourselves. This was made easier with your professional help. We found Yanchep a holiday paradise location it was hard to leave but necessary for work reasons, the kids & I still really miss the place.
We choose you as our agent because you were a local agent and more importantly very friendly and approachable. In Yanchep at the time of selling our property there were more properties on the market than buyers. With a flood of properties for sale and prices dropping it is a challenging market in which we had almost lost hope that our property would even sell, hope that was restored when you said you’d be our agent 🙂
We believe one of your strengths to be your availability and enthusiasm, which we thought was a necessary strength for potential buyers. Your local knowledge with such a positive outlook and love for the area reflected our own feelings towards Yanchep which made us feel more comfortable in having you sell our family home.
We received the ‘red carpet’ experience with open homes, professional photography, board, internet and store advertising. Thank you for the book with these photos that was a lovely thoughtful gift that we will be able to look back on.
Sean & Alison Colson (Sellers June 2018)

After being on the market for 2 years with another agent and no results we were blown away with just how quickly she brought us a sale.
Tracy is transparent, honest and a brilliant communicator. She kept in touch with us constantly to provide feedback or to answer any questions we asked her.
From the start she went the extra mile to assist us with any number of things she could do for us herself
as we lived an hour away, or to provide contacts to make our lives easier such as someone to help with the upkeep of the property.
Tracy made the whole listing process easy and stress free.
She is a smart, lovely and professional lady who delivers results, and from our experience really fast.
We highly recommend Tracy when it comes to selling your property.
We only wish she had been our agent from the start.
Michelle and Kevin Murcha (Sellers March 2018)

Hi Tracy,
We just wanted to thank you for all your hard work and final success in selling our house. You
• were never pushy with us about what we should or shouldn't do
• were always very honest
• kept us updated with the progress of our own sale and the state of the Yanchep market.
• always tried hard on our behalf while not alienating any prospective buyers, not an easy thing to do.
• were always accessible, even at very short notice
• were always very professional no matter what your personal circumstances were (and we know you experienced a really difficult period in your personal life)
To sum it up we really appreciated working with an agent who always had our best interests at heart and demonstrated honesty and integrity which is sometimes hard to find in your line of work.
Many thanks again Tracy, good luck with everything in the future.
Best wishes,
Carol and Joe Burgess (Seller March 2017)

Selling and buying real estate can be daunting and choosing the right agent can be hard. Give us a call for a chat and some helpful advice regarding your property.

Subscribe to get the latest insider tips, market updates and access to the hottest deals as they come on the market.